Home / Discover / RSM More / Why My Vote is For Scotty the T. rex

Why My Vote is For Scotty the T. rex 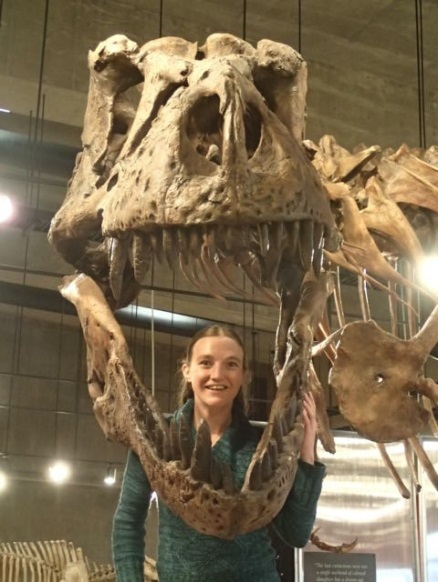 When I tell people outside the province that I am a Saskatchewan paleontologist, I sometimes get surprised looks, followed by an inquiring, “There are dinosaurs in Saskatchewan?”

This response is perhaps not so unexpected. Most people know that Alberta has dinosaur fossils. Between spectacular Dinosaur Provincial Park (a UNESCO World Heritage site) and the world-renowned Royal Tyrrell Museum of Palaeontology in Drumheller, southern Alberta could justifiably be called the Dinosaur Capital of Canada.

“But are there dinosaurs in Saskatchewan as well?” people ask.

Yes, indeed.  Not only are there dinosaurs – and plenty of them – but Saskatchewan’s rocks contain fossils of the most famous dinosaur of all time, the mighty Tyrannosaurus rex.

Despite being the world’s most recognized dinosaur, T. rex is rare in the fossil record. The species only lived in central North America, and was only around for two million years before the dinosaur went extinct. Everything we know about the T. rex comes from fewer than twenty partial skeletons. Of these, one of the most compete is from Saskatchewan - we affectionately call her ‘Scotty’. She (we currently believe the animal to be a female) is the largest and most complete T. rex ever found in Canada, and may be the most massive T. rex ever discovered. 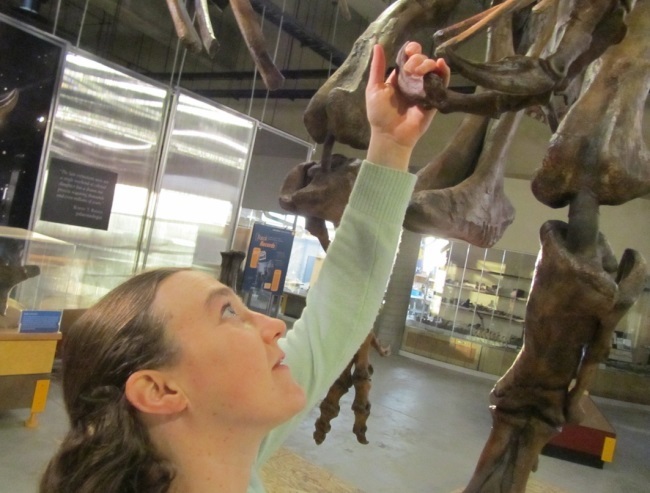 I happen to share a work place with Scotty. We have some good conversations.

Although there are a handful of T. rex specimens from Alberta (the 90-foot-tall fibreglass T. rex in Drumheller notwithstanding), most of the dinosaur-bearing rocks in that province are too old to contain T. rex fossils. In southern Saskatchewan however, the Frenchman Formation is just the right age. This package of fossil-bearing rock, named after the Frenchman River, captures a unique snapshot of the last half-million years before the dinosaur mass extinction. The extinction layer, known as Cretaceous-Paleogene (K-Pg) Boundary, is exceptionally well-preserved in Saskatchewan, as are the fossil-rich rich rocks right above it, capturing the ecological recovery from the extinction event. There are few other places in the world where the end-Cretaceous extinction, the most famous of all mass extinctions, can be studied in such detail.

Tyrannosaurus rex is the largest land predator that ever lived in North America, but it was not the only large dinosaur living in Saskatchewan at the time. The dinosaurs in this province were giants among giants. Triceratops and Torosaurus, the only ceratopsians (‘horned dinosaurs’) found at this time, are the largest ceratopsian species yet known. Saskatchewan’s Edmonotosaurus is the largest known hadrosaur (‘duck-billed dinosaur’) in North America, with some individuals reaching the size of a T. rex. A 3-metre tall (12 ft) oviraptor called Anzu also lived here, as well as a huge ornithomimid (‘ostrich-mimic dinosaur’).  Saskatchewan’s dinosaurs are unique and remarkable, but are largely underappreciated.

Widely recognized, attention-grabbing, and easier to pronounce than ‘Thescelosaurus’, a T. rex would be an ideal fossil to showcase, and to generate more interest in, our province’s remarkable fossil resources. We have a chance to be the first Canadian province or American state to have the king (or queen) of dinosaurs as an official fossil emblem. Why wouldn’t we go for that? Let’s go big!