Home / Discover / RSM More / Nothing Is As Constant As Change

Nothing Is As Constant As Change

"Nothing is as constant as change."
– Miss. Frizzle, "The Magic School Bus" (Season 1, episode 11), paraphrasing Heraclitus of Ephesus

This seemingly simple concept is amazingly suitable for describing nature.

From my vantage point at the T.rex Discovery Centre, I can watch as nature changes around me: from the passage of a storm, to visits from wildlife, to the march of the seasons.  Though this year, it has seemed like the change from Winter to Spring would never materialize. 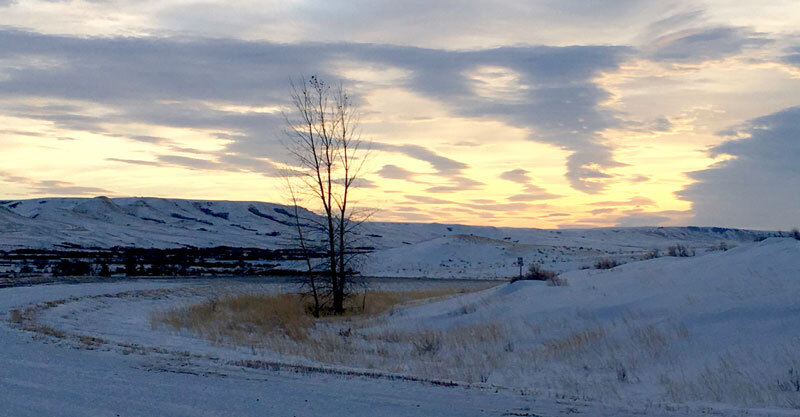 Nature is always changing, and that is what natural history museums strive to display.  Civilizations, species, and even continents and oceans come and go.  As I turn from the natural vista outside the windows, my work confronts me with evidence of the changes nature has undergone across the millennia: fossils I spent most of this winter cataloguing, fossils excavated from this land-locked, northern prairie that is Saskatchewan.  These fossils are all that remains of the creatures that lived in the warm, shallow sea that covered Saskatchewan – and much of North America – 72 million years ago.  Such extreme changes can be hard to comprehend, but through the study of these fossils, and those like them, I hope to piece together the puzzle of how that natural world might have looked.

In addition to providing evidence of changes in environments and ecosystems, fossils chronicle changes in species' evolution.  Tracing through the fossil record, palaeontologists are able to track the accumulation of adaptations – sometimes the product of slow change over millions of years, other times the sudden appearance of a new feature – to better understand how organisms react to changes in the world around them.  By observing changes like these we have learned how a lineage of small, coastal lizards eventually gave rise to the group of giant marine reptiles known as mosasaurs.

Finally, fossils represent another kind of natural change: a transformation from the organic to the mineral.  The process of fossilization involves a series of changes over thousands of years, by which the body tissues of a recently living organism are replaced with minerals through a variety of modes of fossilization.

I think that is one of the underlying fascinations of palaeontology ­– the way it acts as a window to the past through which it is possible to view changes in nature over time.  Sitting at the crossroads of geology and biology, palaeontology is uniquely situated to provide a wealth of knowledge beyond merely the existence of charismatic animals of the past.  Fossils have informed scientists about a variety of topics from the acquisition of key evolutionary traits, to dramatic climactic shifts, to the movement of tectonic plates.  The world has always been changing, and fossils are one of the ways we can see that change.

I am cautiously optimistic that Spring is finally here.  It is amazing how fast nature can change.