My paper, co-authored with Michael Engel, was recently published. It's about wasps found in Canadian Cretaceous amber and examines newly described species of Chrysidoidea—small wasps that often display brilliant metallic colouration, and belong to a group that is still around today. If you have encountered these wasps, it is likely that you have met members of the Chrysididae, or cuckoo wasps. Chrysidids lay eggs in the nests of other insects, such as wasps and bees, and in addition to their metallic colours, they display peculiar behaviour related to their lifestyle. Chrysidids are capable of curling up into a ball in order to protect themselves from the attacks of their hosts and predators. RSM researchers collected some modern chrysidids during palaeontological fieldwork this summer, and you may spot them too— keep an eye out for their burrows in sandy substrates. 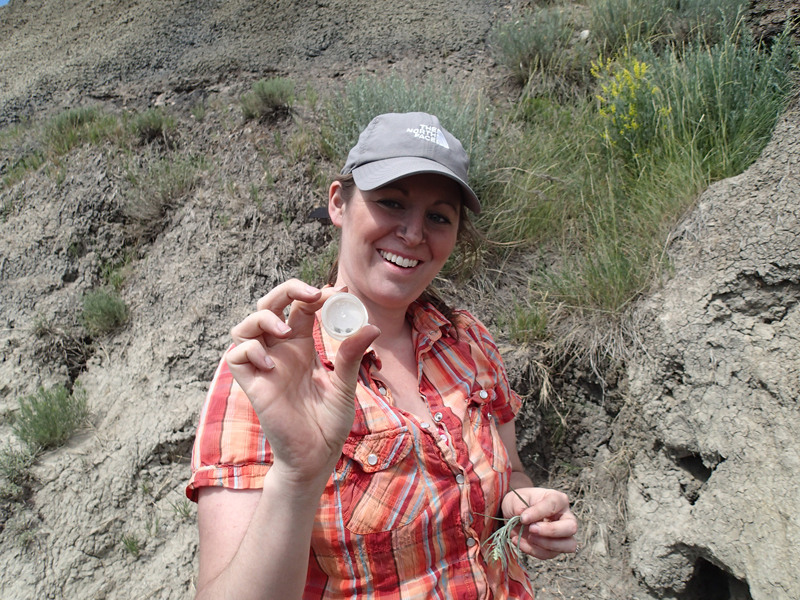 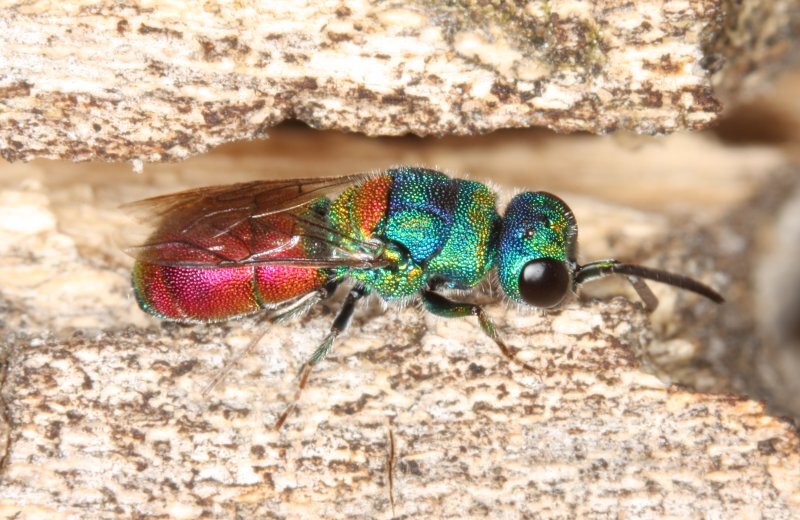 Compared to their modern relatives, fossils of chrysidoids are significantly harder to find...the three new species described from Canadian amber are among the very few that have been reported from the Mesozoic or ‘Age of Dinosaurs’. Prior to this work, there were only three species of chrysidids known from this time interval. The new species are important additions to the Canadian amber fauna because stinging wasps are poorly represented within most deposits of this age, and the new fossils suggest ecological connections between amber deposits found here and in Siberia. Chrysidid fossils also provide an exciting opportunity to explore how colours are preserved in the fossil record. 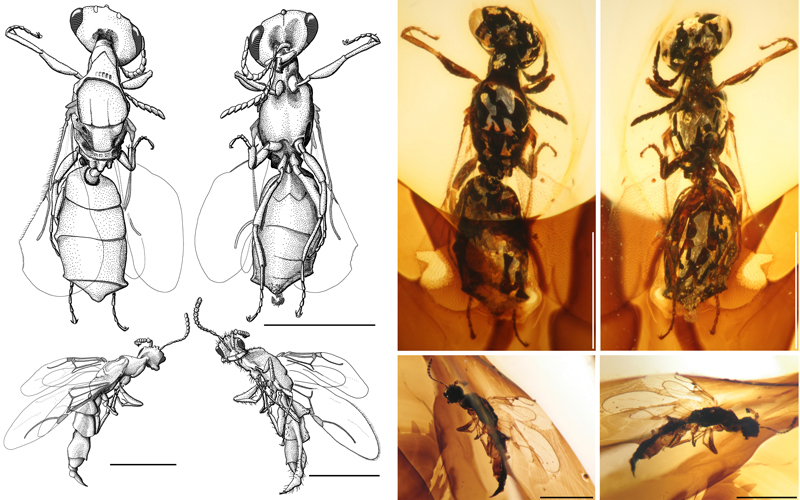 Fossils and illustrations of Canadian amber chrysidids, both with Procleptes eoliami at
top of figure, and Procleptes hopejohnsonae at the bottom.

One of the most important aspects of this work is that it recognizes the contributions of avocational palaeontologists. The new species, Procleptes hopejohnsonae was named in honour of Hope Johnson (1916–2010). Hope was actively involved in research, and she made contributions to palaeontological studies and outreach in both Saskatchewan and Alberta. The type specimen (or best example) of this species was collected by her friends, the Leuck family. Shane and Vicki Leuck have continued Hope’s legacy—making some of the most significant collections and discoveries from amber deposits in southern Alberta, and sharing their knowledge with others. Their efforts have had a huge impact on the study of Canadian amber, and are greatly appreciated! 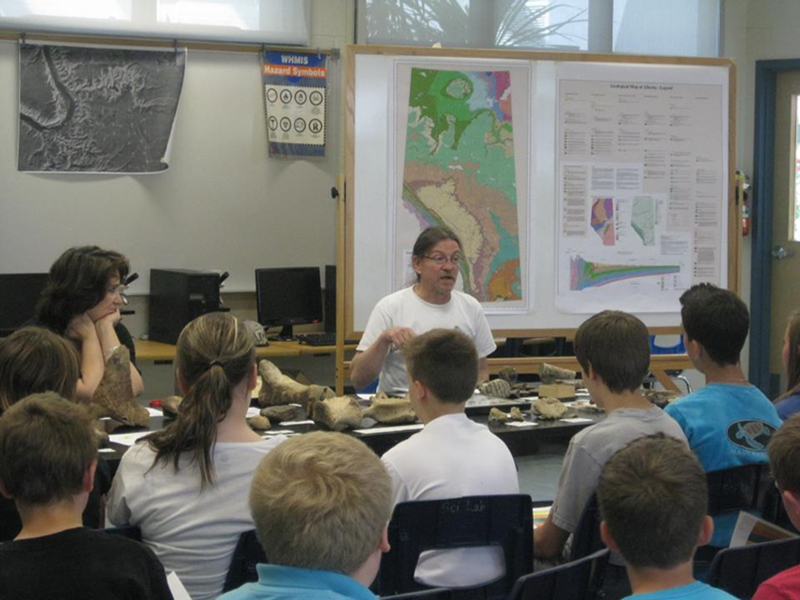